Woman Running Alone’ is a poem by Maria Taylor which is the closing poem in her collection Dressing for the Afterlife. The collection starts and ends with poems about running. ‘Woman Running Alone’ is essentially about women’s freedom, although “the wolf whistle becomes the wolf” also picks up on the vulnerability of women alone. But by the end it becomes clear that running is also a way of transcending these threats too. I took still images from two very different but local urban areas and combined them with an overlay of running feet. These pavements are in Swindon town centre and Bath City. The images from these pavements flash onto the screen to match the cadence of the runner – 156 steps per minute – which also suited the timing and rhythm of the poem. Every other one of the images was converted to black and white and the overall visual effect, together with the intermittent sound of running shoes, created elements of poetic form. 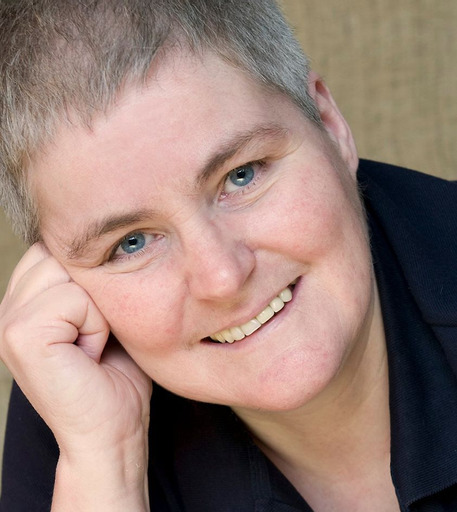 Helen Dewbery established Poetry Film Live, the online poetry film journal. Her poetry films have been shown at poetry events and festivals in the UK and internationally. She provides online and face to face training, as well as curating and talking about poetry film at festivals. Helen is co-director of The Big Poetry Weekend in Swindon, UK. Metaphysician was created with poet Gregory Leadbetter as part of an ongoing collaborative project with poets published by Nine Arches Press.

Helen Dewbery is Co-Director of The Big Poetry Weekend in Swindon and co-edits the online poetry film journal Poetry Film Live. Helen Dewbery I s an Associate member of the Royal Photographic Society and approaches poetry film as a contemporary photographic artist, combining still and moving images. Helen has worked collaboratively with a number of poets and has been screened regularly in poetry festivals. She has also exhibited in solo and group photographic exhibitions.

Regular solo and group photographic exhibitions at The Gardens Gallery.

Photographs of Nature exhibition at the Everyman Theatre in Cheltenham, 2011.

Nothing in the Garden by Chaucer Cameron and Helen Dewbery, 2014, a poetry and photographic collection.

Co-edited The Museum of Light, 2014, a poetry and photography collaboration.

Co-edited Salt on the Wind: Poetry in Response to Ruth Stone, 2015.